It's all too frequent that the papers report an extremely important subject with an utterly confusing article.

There's another one from what is no longer Emirates Business 24/7 but emirates247.com

It's about freehold property ownership in Dubai, a subject important to a lot of people.

I think I'm right in saying that of the emirates offering property ownership to foreigners only Dubai declared it to be freehold. The others offered leasehold of 99 years.

In the Court of Cassation there was a case involving a property dispute between two expat owners of a villa.

According to emirates247, during the case the court ruled that ...in some areas such as freehold property, expatriates have the right of ownership limited with time...have the right to use property (rent or live in it) or alternatively possess right to rent for a period not exceeding 99 years.

Then an even more mystifying: The Ruler's decree is a command and ownership cases require immediate retroactive action, ruled the court.

So freehold property was offered, many people bought on that basis, now the Court of Cassation seems to have declared that it's actually leasehold.

It's not the clearest article you'll ever read but I'm sure that's what it's saying.

I'm sure everyone who bought on the basis of their property being freehold would like some clarification.

There are reports in the papers this morning that the UAE's Ottawa embassy has announced that Canadians will need a visa to enter the UAE, effective January 2.

No details, no requirements are given.

Stand by for a series of clarifications...
Posted by Seabee at 12:47 pm 12 comments: 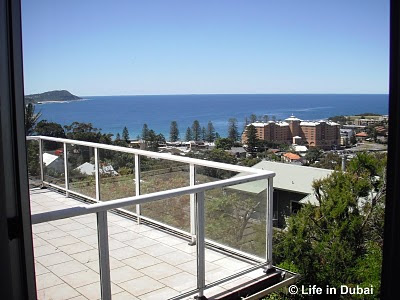 Half of the time I've been back it's been like this... 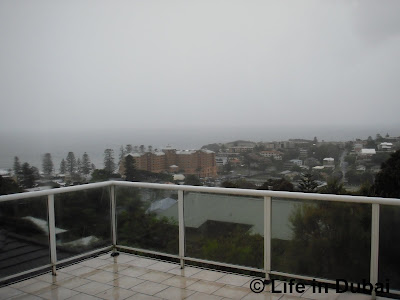 We're into November and I have the heating on, something I can't remember doing in November before.

Cricket is on at the Sydney Cricket Ground - a one day international against Sri Lanka - but rain's just stopped play, the covers are on, it's only 4.30pm but they have the lights on.

Football weather, not cricket weather. It's not like any Spring I remember. 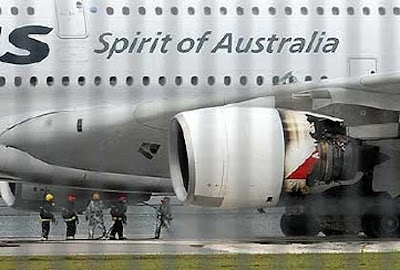 Thankfully all 459 people on board are safe and uninjured.

I've just heard a telephone interview with a passenger who'd just arrived in the terminal at Changi. He said they heard two bangs and saw debris flying off.

But he also said there was no panic on board because the passengers were kept informed quickly and regularly. The information was also given in German because there were a lot of German passengers, according to a passenger I'm listening to as I type.

A Qantas spokeswoman was also quickly on radio reporting everything they knew at the time.

Full marks for that. Lack of communication is usually the main complaint of people, something Qantas used to be guilty of like so many other companies.

Very quickly, Qantas have announced that their entire A380 fleet is grounded until they know exactly what caused the engine to fail.

The superjumbo was climbing after taking off from Changi and it was fortunate that no-one was hurt on the Indonesian island of Batam, because this lot landed there: 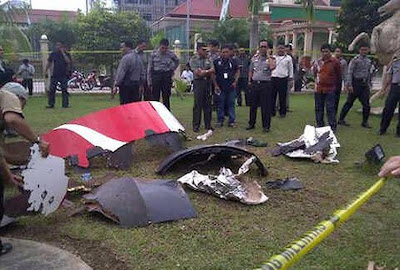 Some of the debris apparently went through the roof of a school and although there were children inside no-one was hurt.

Not much time available to spend on the computer but I thought I'd stop by briefly to show you a couple of visitors.

This one is actually resident, a Blue Tongue lizard about 40cm long. They don't look particularly cuddly but we like to have them around in the garden because they eat slugs and snails... 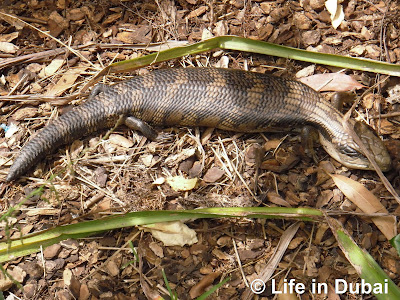 Rainbow lorikeets, the most colourful, friendly birds. Although they all have the same mix of colours each one has a different pattern so you get to know them individually... 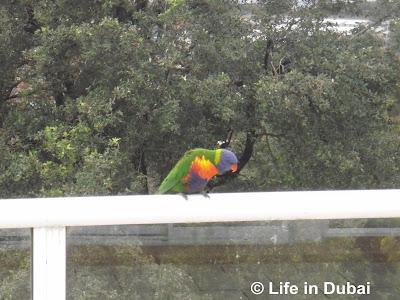